CBD (Cannabidiol) is derived from the cannabis plant. This oil is touted to offer certain health benefits such as the reduction of inflammation and relief from pain. CBD products are legal in the UK, but they must meet strict criteria. It has also been suggested that there may be some risks associated with the use of CBD.
The European Medicines Agency (EMA) approved Epidiolex for prescription use in October 2019. Epidiolex is a purified form of CBD oil. It is used in the treatment of epilepsy.
The Cannabis plant is the source of a wide variety of compounds, each with its characteristics and effects on the human body. Some of these have proved useful in the treatment of certain health conditions. But not all forms of CBD are legal in the UK.

This article explores CBD, what it is, how people use it, the supposed health benefits, possible risks, and the legal implications for CBD users in the UK.
Are CBD products legal in the UK? Yes, some are, but not all of them. CBD products for sale in the UK must contain no more than 0.2% THC to be legal. THC is the substance in the cannabis plant that produces the ‘high’ sensation. CBD products with 0.2% THC or less are widely available in many European countries, but not all. As yet, the European Food Safety Authority (EFSA) has not issued approval for non-prescription CBD products, as currently there is a lack of regulation concerning the labelling of such products.

The cannabis plant produces CBD and various other cannabinoids (compounds). The potential therapeutic applications of CBD continue to be studied by researchers.
Delta-9 tetrahydrocannabinol (THC) and CBD are just two of the various compounds found in marijuana. Each produces different effects.
THC has been the most well-known compound associated with cannabis for some time. It is the compound that has the strongest ‘active’ property, producing the much talked about psychological effect of getting ‘high’ when the user either smokes or ingests it in cooked food. This effect occurs because THC reacts to heat, it breaks down.
In contrast, CBD does not produce any psychoactive impact. There is no mind-altering effect on the user. But, it is suggested that the body reacts to the substance, which may lead to certain health benefits.

Discover how THC and CBD are different

What Is The Source Of CBD?

CBD is derived from the cannabis plant, also referred to as hemp or marijuana, based on the level of THC content.
According to the European Food Safety Authority (EFSA), hemp plants are only illegal if they contain 0.2% or more THC.
Marijuana producers have, for some time, carefully cultivated plants with a high THC level, for their gain.
But legal hemp plants are not subject to the same degree of modification, and it is from these plants which CBD is extracted.

How Does CBD Work?

The endocannabinoid system of the body has two cannabinoid receptors, CB1 and CB2. These interact with any cannabinoids introduced into the body.

CB1 receptors are found mainly in the brain and control various functions such as appetite, emotion, memories, movement, mood, pain, and thinking, among others.
CB2 receptors are prevalent in the body’s immune system and influence inflammation and pain.

CB1 receptors are stimulated by CBD, resulting in the body producing endocannabinoids of its own. But THC acts differently, attaching itself to CB1 receptors.

The health benefits associated with CBD are various. One study reveals that people use CBD oil to treat multiple health conditions:

While research is not conclusive concerning the benefits of treating these conditions with CBD, some evidence supports its use in such cases.

CBD is seen by some people as a natural alternative to traditional drugs for treating pain and joint stiffness
Evidence is growing to support the claim that CBD, a non-psychoactive compound, derived from cannabis is effective in suppressing chronic pain.
A 2018 study conducted on mice revealed that CBD was effective in reducing inflammation. It blocked the production of certain compounds in the body responsible for triggering inflammation.
Another study in 2019 revealed that topically applied CBD ointment was effective in reducing inflammatory skin disease.

Research on the use of CBD infused inhalers for smokers wishing to quit the habit shows that the subjects smoked fewer cigarettes and experienced reduced nicotine craving. The results suggest that smokers may benefit from using CBD to help them stop smoking.
Another study revealed that smokers trying to quit experienced reduced nicotine craving due to the relaxing effect of CBD.

Also, there is evidence to suggest that CBD and other cannabinoids could help people who suffer from disorders as a result of their addiction to opioids.
The study observed that CBD helped reduce certain symptoms normally associated with substance abuse, such as anxiety, insomnia, mood changes, and pain.
Research is still ongoing, but the use of CBD in helping counter withdrawal symptoms from nicotine and opioids is currently supported.

As mentioned earlier, after much research on Epidiolex and its safety and efficacy in treating epilepsy, it was approved by the EMA for use in 2019. Epidiolex is a form of purified CBD.

It was approved for the treatment of two specific conditions:
• Dravet syndrome
• Lennox-Gastaut syndrome

These are rare types of epilepsy resulting in seizures that are not easily controlled with conventional medication.
CBD is effective in preventing seizures and does not produce any side effects such as sedation, often associated with conventional drugs. Currently, no other drugs target endocannabinoids in the body as effectively as CBD.

The effects of CBD on patients suffering from Alzheimer’s disease have been widely studied.
One study revealed that CBD may help those with Alzheimer’s remember the faces of familiar people such as family and friends.

It has also been suggested that CBD may delay Alzheimer’s disease, or slow down its progress. Research into optimal dosage is still ongoing. Other experts suggest that using both THC and CBD as treatment may have greater efficacy.

Some evidence suggests the use of CBD may help in treating complications associated with epilepsy. These include neuronal injury, neurodegeneration, and psychiatric diseases.
A study in 2012 observed that CBD may produce similar effects to those produced by certain antipsychotic drugs. The study also suggests that CBD may be safe and effective for treating cases of schizophrenia, but recommends further research into this use case.

There is evidence that CBD may have some efficacy in preventing or delaying the spread of certain cancers. It was found that cancer cells were either destroyed or their growth inhibited by CBD.
CBD has a low-level toxic content. Further research into how CBD might be used to complement conventional cancer treatments is needed.
One suggestion is to add CBD to existing chemotherapy drugs to improve how the body’s immune system responds to conventional cancer treatments.
There are also investigations into whether CBD might be helpful in the following:

People suffering from chronic anxiety disorders are often advised by their doctors to avoid using cannabis. THC may trigger or intensify anxiousness and paranoia, but it is thought that CBD helps in reducing anxiety.
One study observed how CBD reduced symptoms of anxiety in mice.

Previously, a review had suggested that CBD may be useful in reducing the anxiety-related behavior of people suffering from the following conditions:

It was found that some current treatments are abandoned by people because of associated adverse side effects. As yet, no conclusive evidence suggests any similar side effects when using CBD.

This condition occurs as a result of the immune system attacking pancreatic cells, which leads to inflammation.
Research has revealed that CBD may alleviate such inflammation and provide some protection against developing type 1 diabetes.
Results from another study on rats with diabetes suggested that CBD might improve memory function by providing a degree of neuroprotection, and help in reducing nerve inflammation.

The use of CBD to treat acne, a condition partially caused by overactive sebaceous glands, and inflammation is supported by a study that discovered that sebum production was reduced as a result of the anti-inflammatory properties of CBD.

In cases of psoriasis and other such skin conditions, studies show that topical application of CBD may lead to a reduction of the associated inflammation.
Various ointments and skin creams already use CBD as an ingredient. There is, however, some concern regarding the evidence to support this, and the regulation of its use.

Risks And Side Effects

There may be some risks associated with the therapeutic use of CBD, not unlike many other therapies. This is due to its possible interaction with other drugs or supplements. Currently, the majority of CBD products are not approved by the EMA (European Medicines Agency), as such, they have not been subjected to rigorous testing.
Therefore, it is unclear if CBD products:

Anyone considering the use of CBD products should consult their doctor first.
Some possible side effects include:

Further research may provide evidence that CBD can be effective as a treatment for a variety of other conditions.

CBD Use During Pregnancy

The use of CBD oil is different from smoking or using cannabis.
When CBD is prescribed by a doctor for use in treating epilepsy, it is crucial to follow the instructions.

These are some common forms of ingesting CBD products:
• topically by massaging a CBD paste into the skin
• mixing CBD into drinks or food
• spraying CBD under the tongue
• swallowing CBD capsules
• orally by using a CBD pipette or dropper

The recommended dose varies and depends on various factors, for example:
• body weight
• the concentration of the CBD product
• the reason for taking CBD

Interest in the potential therapeutic applications of CBD is rapidly growing. But, as yet, the EFSA has only issued approval for one CBD product, although unapproved CBD products can be purchased legally in many European countries.
Before using CBD, it is recommended to consult a medical expert to determine the best product and ideal dose.

Veronika is passionate about the holistic approach to wellbeing, working towards a healthy mind and body and has embarked on the journey of empowering as many women as possible to start their own transformation. 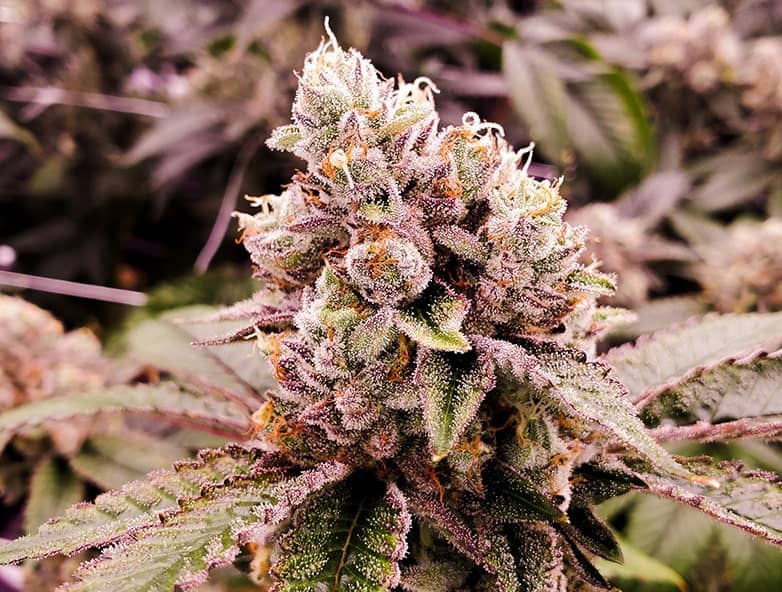 What are the differences between hemp CBD and cannabis CBD? Regaining your joy is matter of
taking a few simple steps every day.